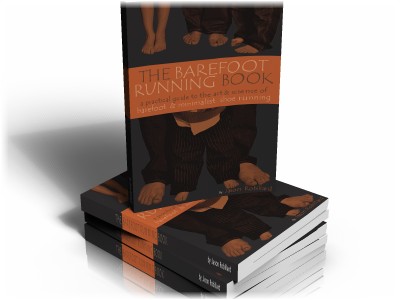 Jason is one of the contributors to the Google Minimalist list (http://groups.google.com/group/huaraches/) and when I saw he had a book coming out, even though it is a bit more for beginners, I thought I’d grab a copy.  Over all it is a good read, though it is definitely geared towards the newer barefoot runners out there.  I would definitely recommend it to you if you are in that camp — not withstanding his sense of humor!  😉

Quotes that are worth sharing: