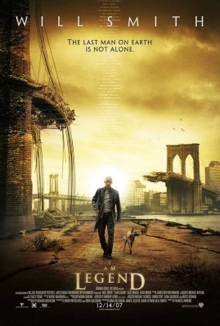 Almost more horror than anything, which is not my favorite genre (by far!)… Will Smith has certainly matured as an actor over the years, though his performance in “The Pursuit of Happiness” was probably better…

This does want to make me re-read Stephen King’s “The Stand (Unabridged),” which I think I prefer in terms of this often told story… (Man-made killer virus released on the world.)

Kind of goes with my Dad’s theory that God operates under the “Just in Time” principle of management. I should dig up that email and post it. 🙂