Here is what I wrote on DailyMile, but I wanted to include some photos here…

Route was: Grandfather Profile -> Calloway, then Daniel Boone Scout down on the back side to just about the Boone Fork parking area on the Blue Ridge. Nuwati to Cragway and up around the Boone Bowl, back to Daniel Boone, back up to Calloway, and down the profile.

I had the mountain all to myself — because it was mid 50’s and POURING for much of the the run.

Really wish I had more phone protection, though the iFit neoprene did somehow keep it safe enough. Maybe a poncho or a jacket would have been nice, though I only got cold the one time I stopped under a rock ledge because the rain was so intense.

Garmin distance was more like 11-ish but the trail markers show 13+. I did leave the Garmin off accidentally on one 10 or 15 minute section — when I had stopped under a rock ledge when it was raining really hard to try to protect the phone. I’m going with a “heavy half” of 14-ish. 🙂

Garmin does show 4000+ of climbing which would be about right.

Not many views with the clouds, other than the gorgeous trail:

The first long down ladder on the back side…  You can never tell the steepness by photos: 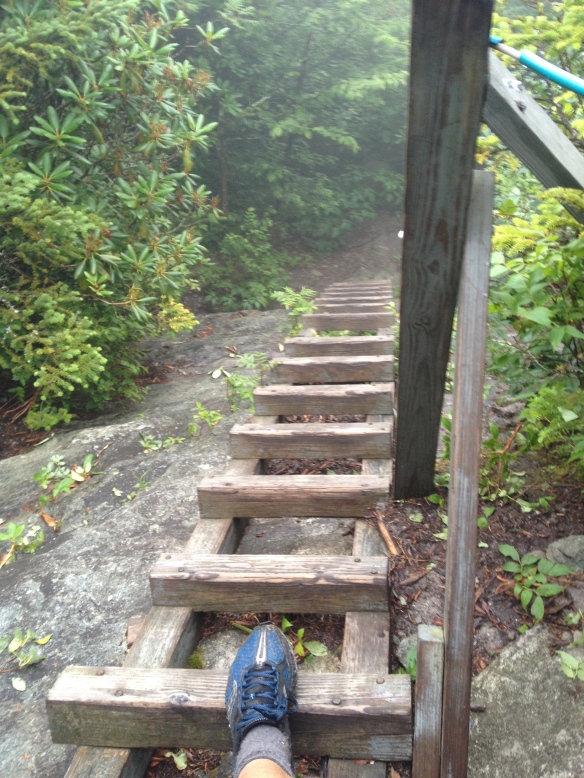 Looking into the Boone Bowl: 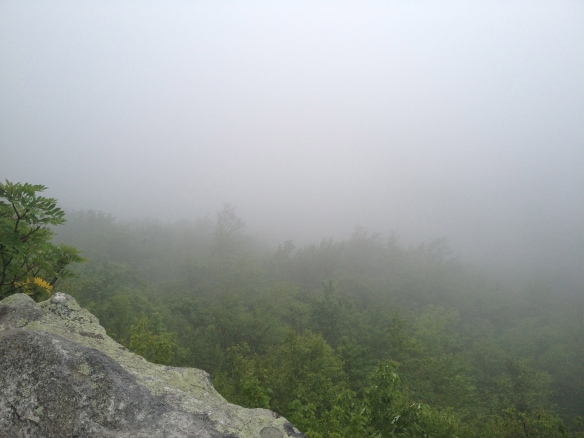 Mid run snack…  A little early in the season, I suppose — only a couple of handfuls!

Nearing the top of Cragway: 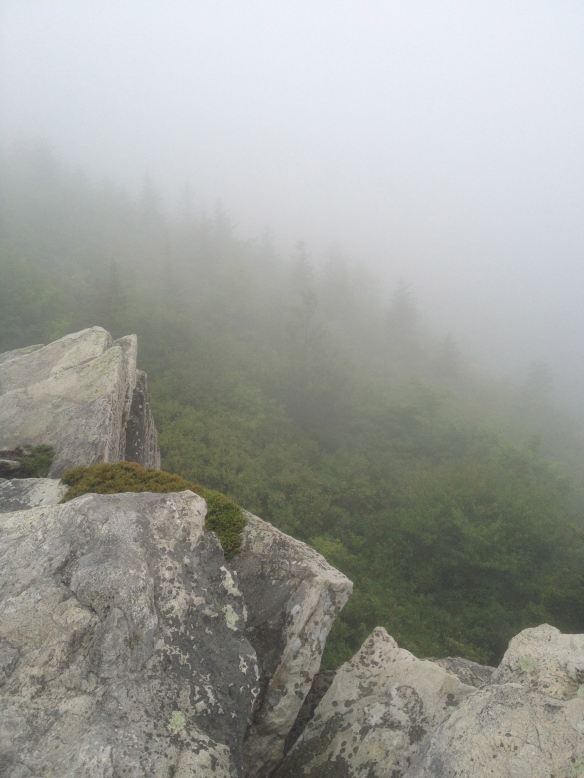 After that it started POURING!  Really Really Pouring…  I had to wrap the phone up as best I could, double wrapping it in a neoprene iFit.  It still works, so that is good.  But I got no other pictures the next couple of hours!