This post is a couple weeks old, but better late than never!

As my last long training run, I wanted to tackle this run I found on the WNC wiki page:

A 31 mile run with 7000′ of elevation gain — what better last run for Leadville could I find in North Carolina?

I had Kelly drop me off on top of Holloway Mtn Road at the intersection of the Tanawha trail, rather than the trail head start at Julian Price Lake.  It saved her a few minutes of driving, so I just ran to the Lake and turned around, so I could get the whole run in.

Strava data here… The GPS died around mile 24 though per the trail mile markers, this would have been closer to mile 28.  And then I ran another 7-8 miles after it died for a total of 35 miles.

I did modify the run as follows:

1) From Linville Cove I jumped off the trail and ran on the road to Beacon Heights.  I thought I might be late for meeting Kelly with a water and food re-supply.  Turns out I’d actually meet her back at the Linville viaduct visitor center where I got an apple, some chips, water, and water/grape juice mix.  I did run the trail back from Beacon Heights to Linville and discovered some really cool rock formation at Stack Rock.

2)  After the return up and over Rough Ridge, I decided to jump on the Blue Ridge and head back to Holloway Mtn Road for a couple of reasons.  First, I had already done this section of trail and it was *extremely* overgrown in some places.  Second, I had been power hiking an awful lot due to the technicality of the trail plus the steepness up and down Calloway.  So I wanted to get in a solid chunk of real running.   Turns out based on timing that I actually ran all the way down Holloway Mtn Road, around Church St. a bit, and to the Citgo at 105.

Now, on to some photos:

This would be the trail blaze I’d be following for the most part, other than the climb up Calloway which leaves the Tanawha (feather) and the Mountains to the See trail (white circle):

The trail was very overgrown in some places — a bit of a bushwhack here and there.

Here are a few photos in and around the lake when I reached it early in the morning: 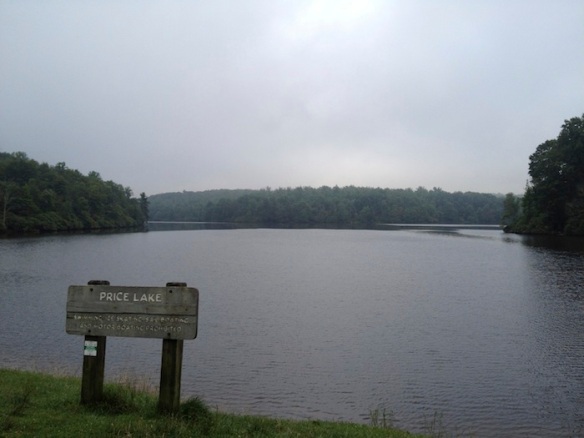 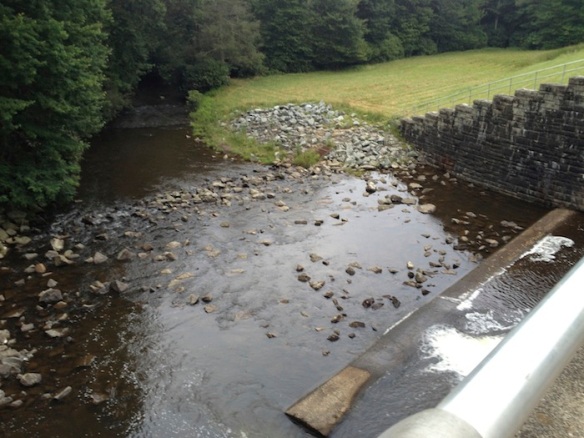 Heading towards Calloway from Holloway Mtn Road, you pass right through the middle of cattle fields! 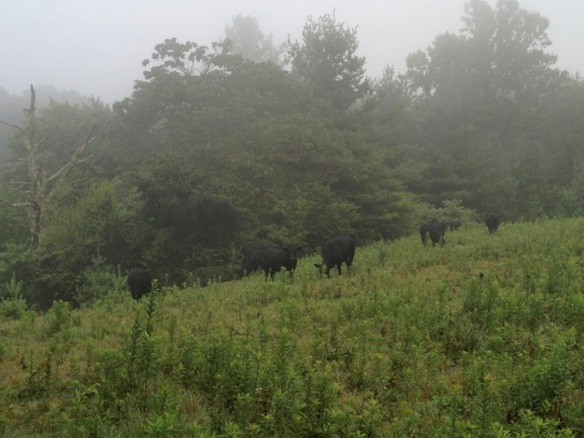 Here are just some random shots along the course…

I only drank from one stream — I didn’t really mean to, but I had stopped to put cold water on my head and face, and found myself gulping down some water!  🙂

These ladders always tend to slow you down a bit.  🙂

The next two show you a bit of how overgrown it was:

Overall a pretty solid run of about 35 miles and maybe 6000′ of climbing…  Felt pretty good throughout, nutrition was good, and almost no DOMS afterwards.  I think Leadville will come down to how my body handles the altitude!