I slept much better on the 2nd night, as per usual.  I was a bit worried about the cold, but it ended up not being as cold as the 1st night.   Sometime just before 6 a.m., though, I was woken by sounds that are very hard to explain.  In hindsight, it’s easy to call them “aggressive munching sounds.”  This was right next to me on the right side of my tent.  And then something was making noise on the upper side of the left tent.  I quickly looked up, and saw the shadow of a head of some kind of animal poking its snout all over my tent!  Based on the way the light was behind it, and not being fully awake, it was not a shape that made sense to me, but my 1st guess was baby bear.  I sleep with my hiking poles in the tent, so I “gently” tapped the top corner of the tent a couple times to get it to move.

Once that was done, I could hear munching all around the tents.  I poked my head out and could see lots of animals — adult and baby horses!  I couldn’t get my phone camera to work for a bit, and all I got was this crazy video:

Well once the animals cleared out, there was no getting back to sleep.  But being awake did allow me to watch an incredible sunrise: 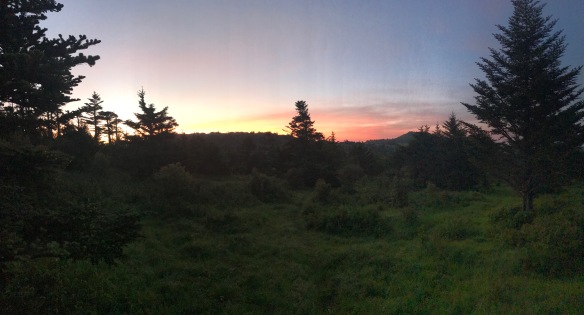 After we had breakfast and packed, we walked down to a nice site for morning prayer.  This was the site on way down: 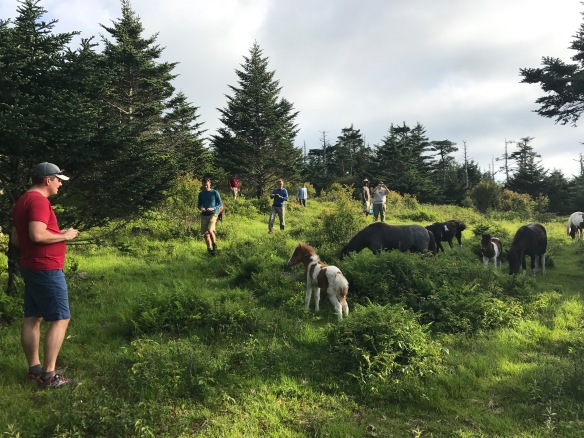 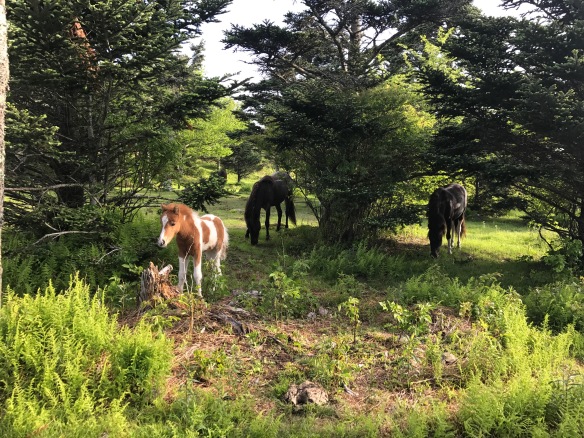 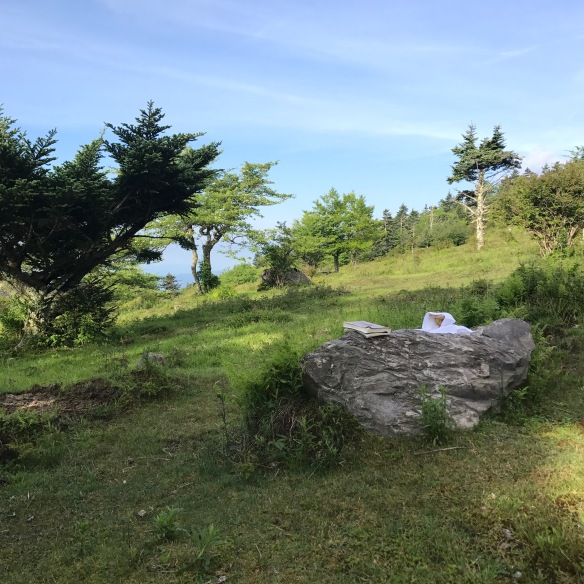 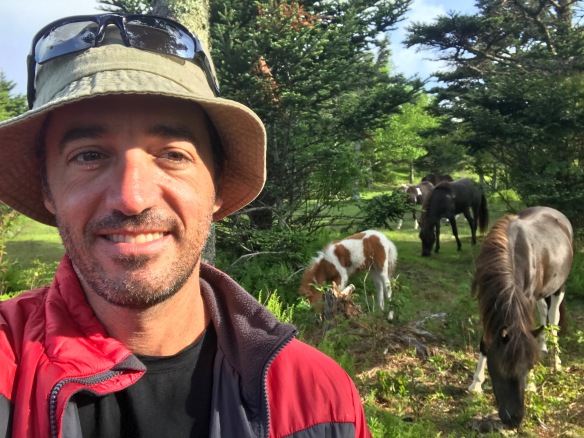 During prayer there were horses all around us, and some kept going after various packs — trying to get inside, etc.   During the NT reading, there was literally a stampede right through the middle of our group, and Shea had to jump out of the way, while I had to jump behind a tree.  I have a little video of the aftermath where they were running back through:

Eventually the horses let us be and we were able to complete a wonderful morning prayer service, including communion.

As the last day we just had a 5 mile hike, mostly downhill; 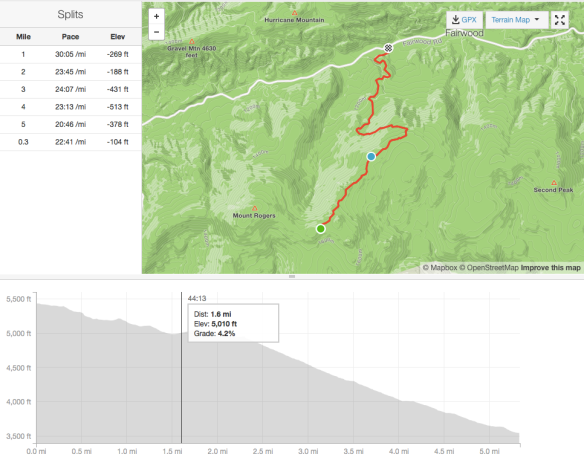 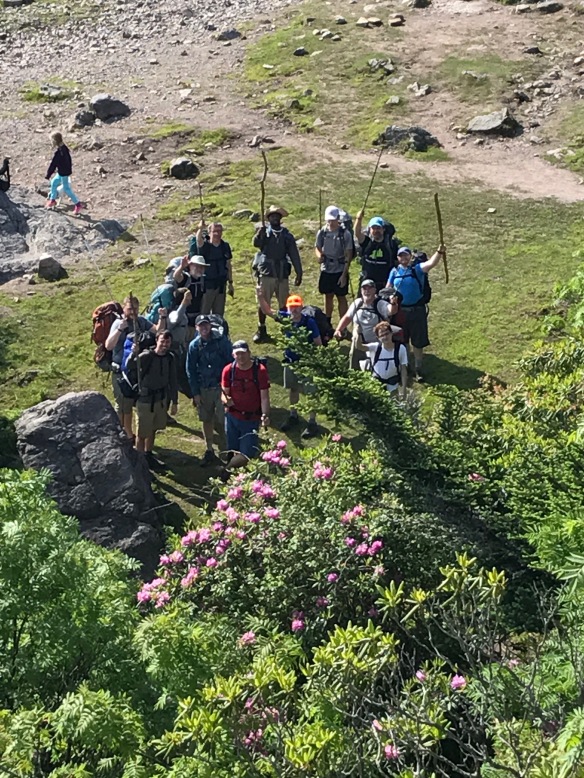 All in all another great trip.  I hope to take some of the 2sparrows clan out on this same loop in July.  But every time I am on the AT, I can’t help but thinking about thru-hiking.  I’ve done close to 500 miles on it now, but spread out over many years.   I really would like a crack at doing it in one go someday!