Day three — time to start backpacking!  But only after an awesome breakfast at the B&B.   Again, to keep things simple, I’m just doing a single “tile mosaic” of all the images and will write at the top what we did, but will include videos here and there as well.

After breakfast, we headed into the park on Moose Wilson Road, a bit of a back door road into the park that passes by Teton Village, and then is 9 miles of tight and twisty road to the park.  Before the park, though, we hit the turn off for Death Canyon Trail head.   The 4×4 Jeep allowed us to drive the rough mile long road, through some major pot holes, to get all the way to the trail head.  We did pass a lot of cars parked much earlier, but in reality, we saw a minivan make it pretty far.  I personally would not have attempted that!

The trail to Death Canyon has a 1 mile lead in to a view of Phelps Lake, and then heads up the canyon. 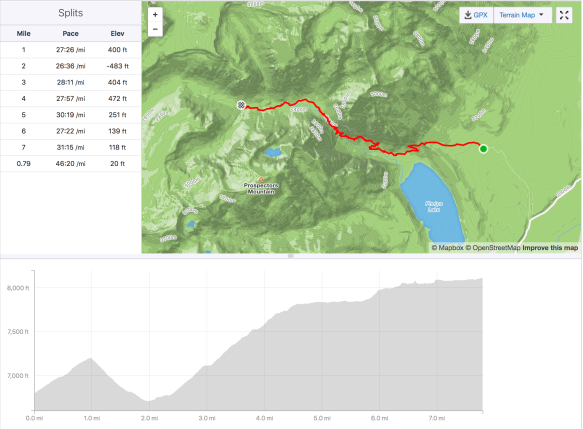 The 1st part of the hike, we saw a fair number of day hikers, but after that, we saw a few runners and day hikers.  One of the runners was wearing the same Prana shorts that I run in — something I’ve not seen before!  He also had no GPS and said he wasn’t training for anything, just out running.

The hike along the “river” (all snow melt) in Death Canyon was stunning:

We reached the top, where it flattened out, and we hiked along the creek with stunning mountain peaks and snow and waterfalls on each side.  We saw a few moose, and very few people.  One was a runner, who was wearing Prana shorts – something I’ve only know myself to do!  He had no GPS and said he wasn’t training for anything, just out for a 12-13+ mile run in an incredibly beautiful place.

We crossed a few snow packs, and even had to cross an avalanche field with down trees and snow:

After that, it was another mile or so until we found the perfect camp site.  We were on a bit of a rock knoll — really a 3 sided cliff – with a small flat grassy spot on top.  We set up the tent and grabbed a quick lunch, just before we got hit by a huge hail storm!

After the hail, it did rain for quite a while, but we were lucky enough to get a short window where we could cook dinner without  rain.

Photo’s from the day: 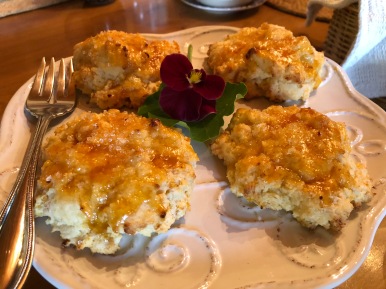 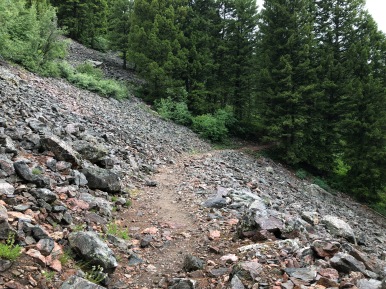 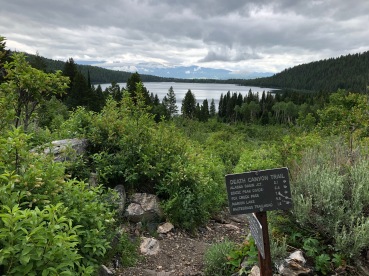 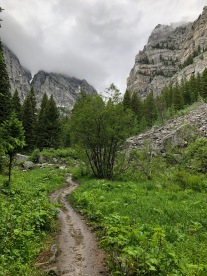 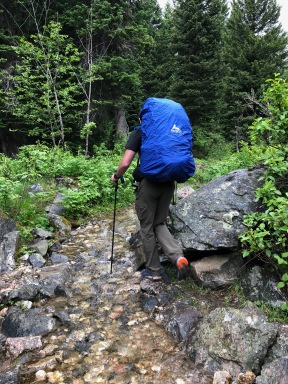 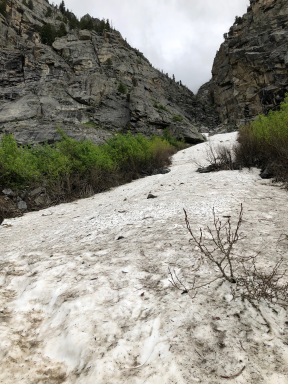 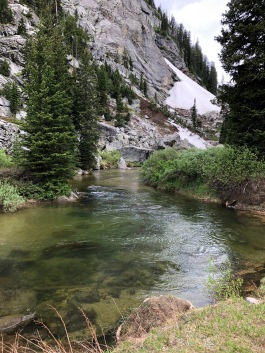 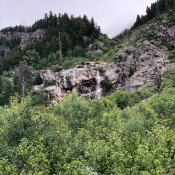 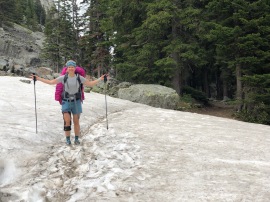 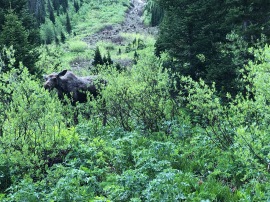 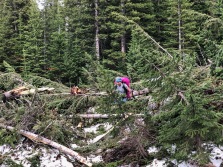 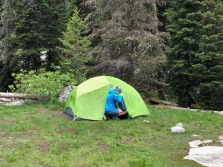