Today Dad and I swam about 30 minutes on the course again.  Water was much calmer than a couple days ago!  After that, we went back to Samovar for breakfast — that is 3 days in row, but they have fantastic food.  🙂

Dad is pretty much in laid back mode now, so I decided to take the car down to Margaret River, a town about 40 km away.    From there it was another 15 km or so to Surfer’s Point and the mouth of the River itself.  Surfer’s Point was beautiful, and there were a lot of surfers out!  The Margaret Rive r comes out here, and what is interesting is that this whole beach used to be the mouth of the river, but due to all the wineries and damming, the river is much smaller than it once was.  In fact, the kayak lady told me that the river just “broke through” last night… Before the sand had built up and dammed the river.  The water builds up and breaks through.  In the winter it always runs freely, but in the summer, it will dam up and break a few times, and eventually dam up for the remainder of the summer! 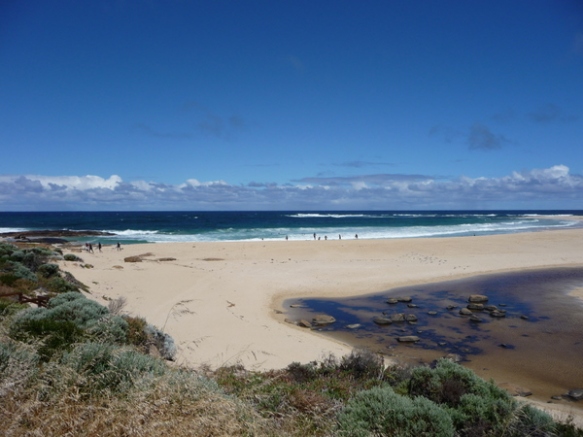 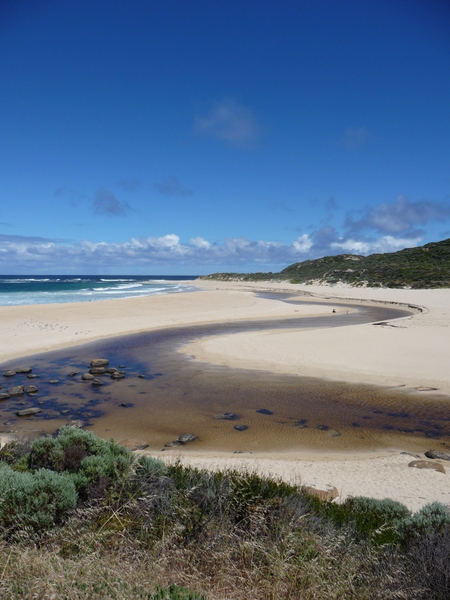 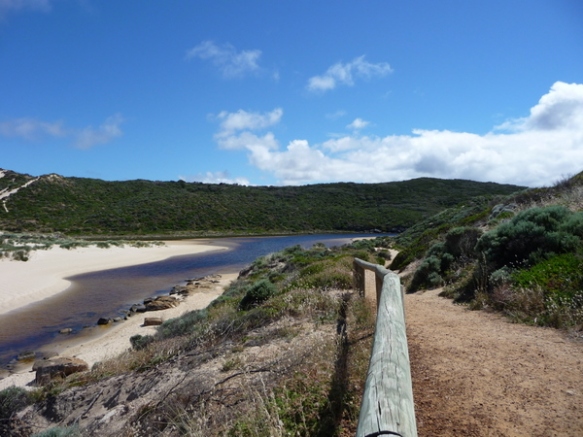 I rented a canoe and paddled all the way to the end of the river and then back.  On the way back, I stopped at some cliffs and found a huge bee-hive: 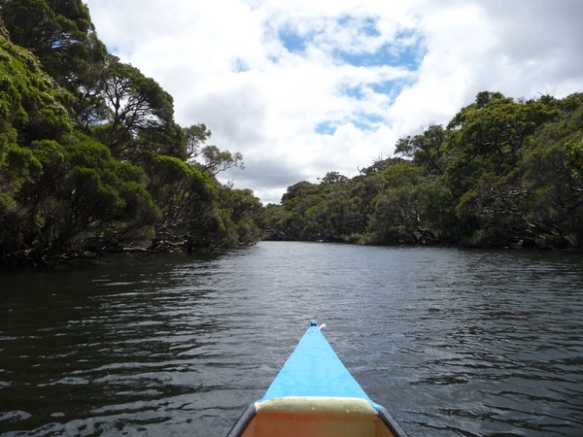 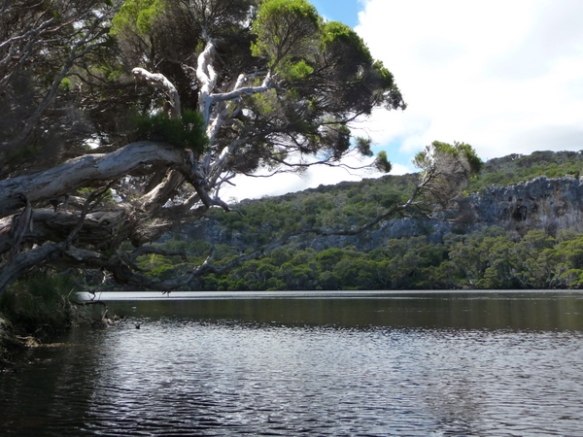 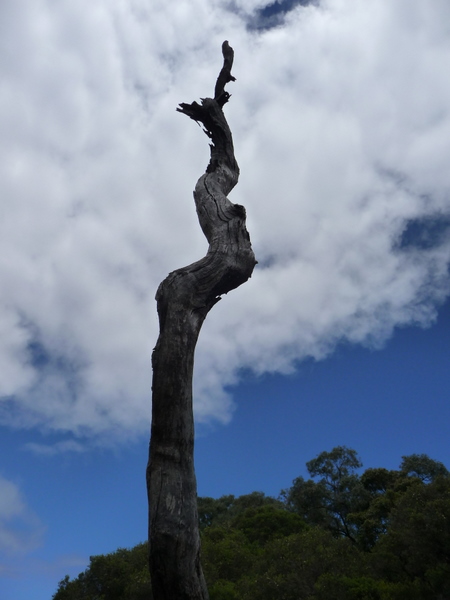 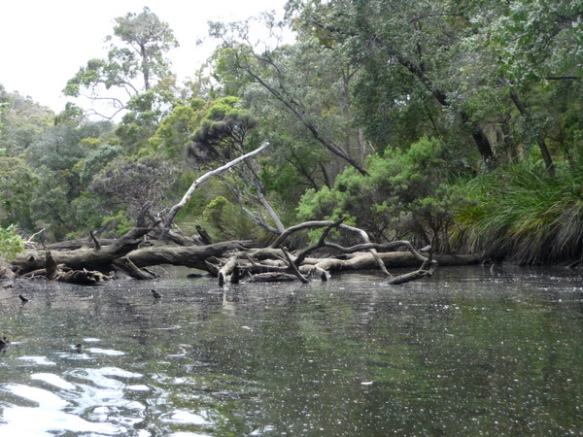 That was the end… I could have portaged over this, but I could hear the cars on the bridge which marks the end of the part of the river that you can paddle in this area within 100 meters or so…

Here are some shot from the cliffs and beehive: 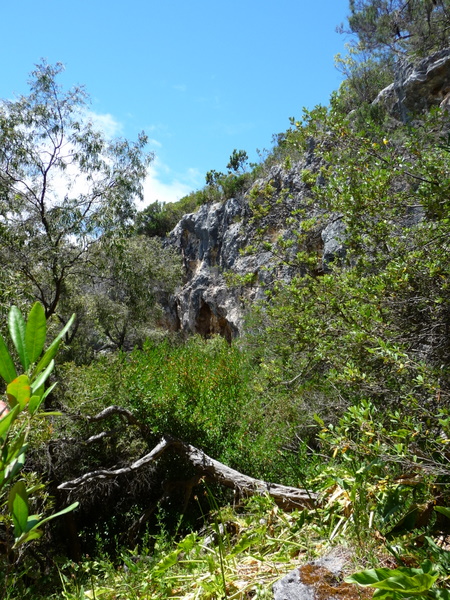 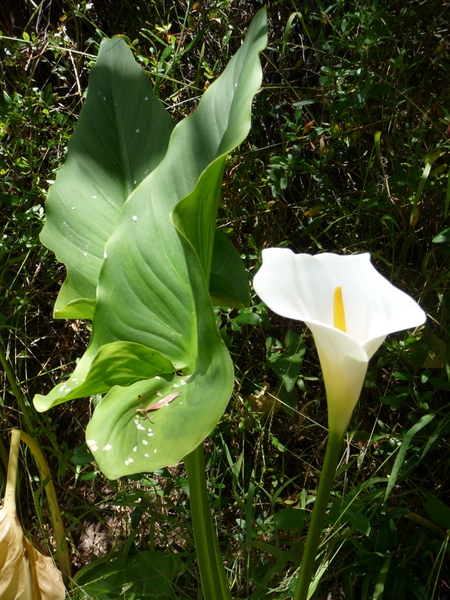 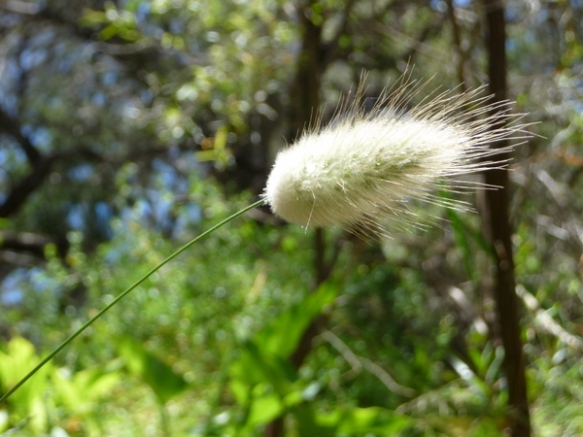 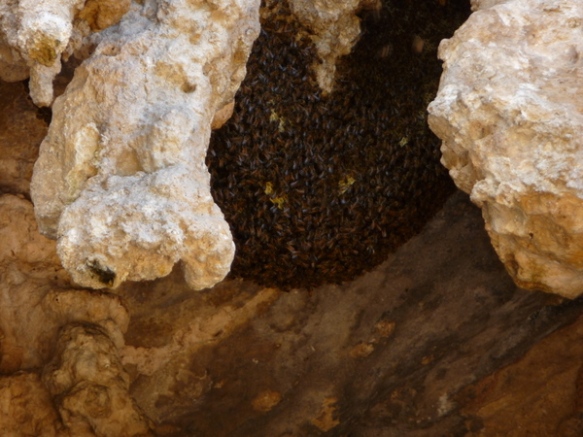 After I paddled from the cliffs back to the river mouth and turned in my boat and gear, I decided to go on a little hike… I’ll post shortly on that.