“The Journey is the Reward…” 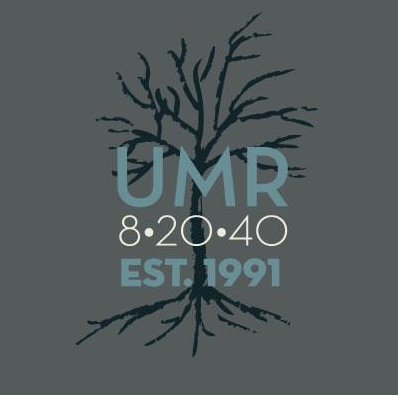 It’s a little hard to write a race report about a 40 mile ultra that you’ve run the past few years, but of course I’ll try.

First, here are links to the last two years reports:

Next, a photo of me… I thought this was around mile 32, but I don’t know why I’d be smiling so much that late in the game! 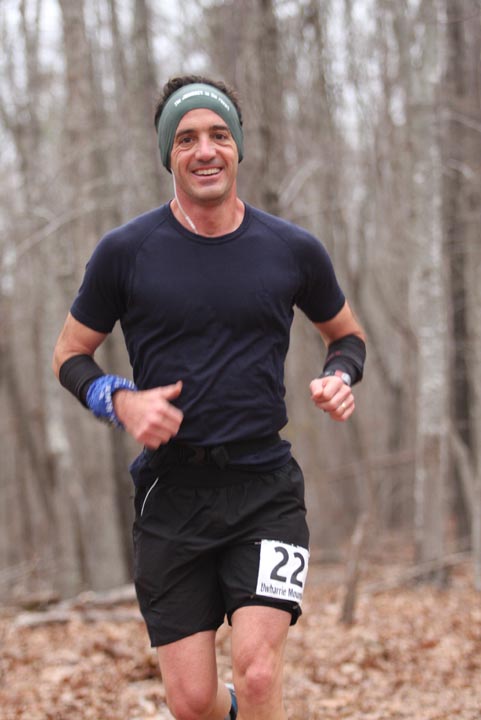 Next up is the obligatory elevation profile.  After running the race the past few years and hitting it in training a couple times in the past six or seven months, I’m pretty familiar with it.  I can tell you that on the way back in, the hills at 6 and 3 are terribly painful.  And I knew it and was not looking forward to it.

On the way out, Dennis Mountain at 16-17 seems like it is straight up.  Maybe because it is!  And while that little section from mile 18-19 looks pretty tame, it is nearly impossible to run — the trail is so narrow, tight, and twisty, you just can’t get any rhythm or speed going.

Second up, I’m stealing what my running friend Der Scott wrote about the trail — he has a way with words:

Uwharrie is different. He is like the older, harder, gristly uncle who thinks your father has been too soft on you. Uncle Uwharrie loves you, but thinks that pushing you to the limit will make you a stronger person. As you struggle through his challenges, even at your lowest points, he tells you in no uncertain terms to “Grow up!”. And then when you’ve made it through, he slaps your back and gives you your first beer. He’s the uncle you love and respect. And also fear. 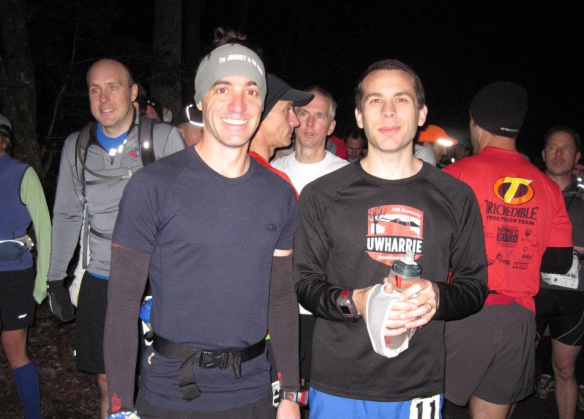 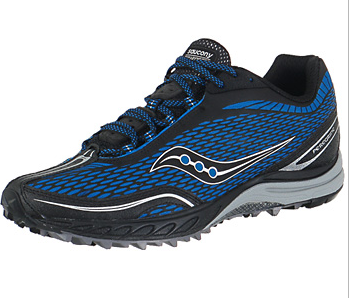 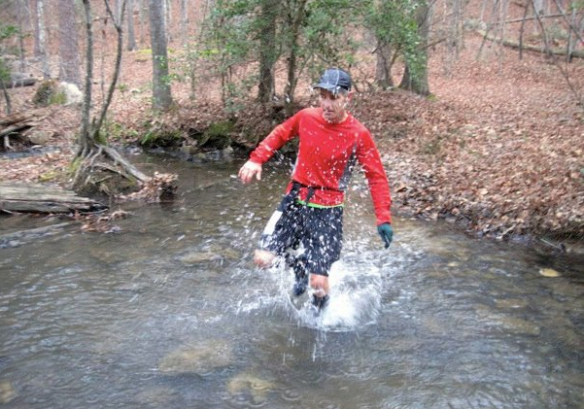