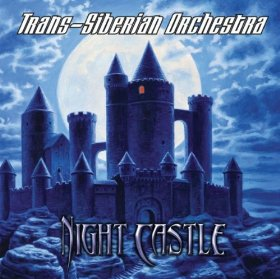 Trans-Siberian Orchestra’s long awaited Night Castle is finally out!  TSO is one of my favorite bands — they #4 in my “top played artist” lists on iTunes over the past 5+ years.  Considering 3 of their 4 albums are Christmas stories, that is pretty impressive.  If you like Rock Opera, go get it today, for $3.99 at amazon (today only at that price).

I am really digging the new album by Needtobreathe, “The Outsiders.”  I had never heard of them until I happened to see a tweet mention that they were really good.  So I poked around all the normal places I go to listen to new music (spotify, lala, myspace) and I knew I would like this album.  I’ve listened to it a ton the past week, and it is still growing on me.

Check out this video of the title track: 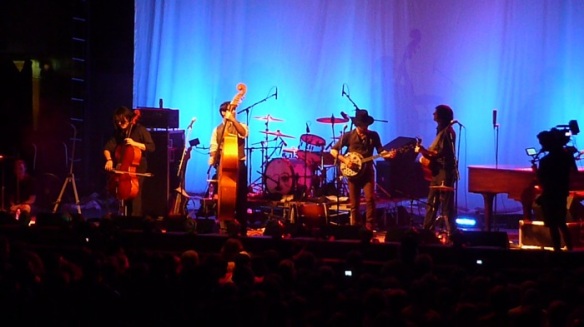 On Saturday August 8th, I finally got to see the Avett Brothers live.  Over the past couple years, they have quickly become one of my favorites.  Something about their music is just right for me — combining excellent lyrics (raw, honest, intelligent), with music that you can’t really categorize — blue grass infused with country, rock, pop, folk, etc.  And there is so much energy!

We saw them in Charlotte, which is their hometown, and I think that helped make their live show even more special and more energetic.  There was a great combination of old and new, fast and slow.  I was really surprised by a couple of these — like Left on Laura, Left on Lisa…  I would have loved to see them play my all-time favorite — The Gift for Melody Anne.   But I certainly can’t complain.  This is a long set list (~ 2.5 hours) and it was a great show.

Kelly took a few movies with our point and shoot camera, which I uploaded to youtube:

Here are a few more photo’s: 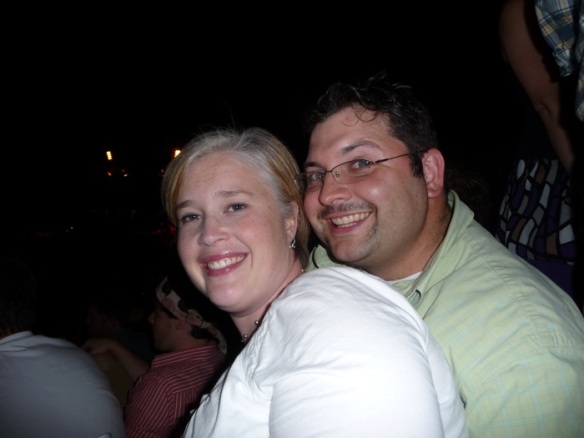 Available from NPR.. Can’t wait to see them live in Charlotte on August 8th and get the new album!

First, I noticed that embedded videos from Vimeo and sometimes Youtube are not showing up in various readers like Google Reader, or when my blog posts are cross posted to Facebook notes.  If you want to see the videos, you are going to have to click through to get to my real blog site.

Kelly and I got to see one of my all time favorites, Dar Williams at the Cat’s Cradle in Chapel Hill a couple of weeks ago.  I had never been to the Cat’s Cradle, even though it is pretty famous, and it was a great atmosphere for Dar — very small and intimate.   Jesse Harris opened, and then Dar had a “double bill” with Joshua Radin.  He played first and thought he was pretty good, but have yet to check out any of his music after the show even though we plan to.

Here is the song I most remember — Vegetable Car:

Now here are two videos we took of Dar with a little point and shoot camera:

I tried a couple “Music Monday” posts last year, but was not consistent at all.  I am not promising to have a music post every monday, but I will at least try to have a few more.

Today’s music is music that I missed last year — music that showed up on a few “best of 2008” lists that I saw in late December — that I have really gotten into the past few weeks.

The first band is Fleet Foxes, which has a very unique, fresh sound in today’s music world.  Check out this claymation video for one of my favorite songs off their album:

The second band is Blitzen Trapper, and their album Furr.  Almost every song on this album sounds different from the others songs, almost a unique genre for each!  Here is an album of their song “Furr” which Riley has been requesting constantly (“play the song where the boy turns into a wolf!”).

And a much darker song:

This is actually the 4th EP in Jon Foreman’s solo series.  I have become a huge Switchfoot fan over the past couple of years — they are the #1 band in my artist play count now, by a large margin!

This EP is the best of the 4 in the series in my opinion, and I’ve been listening to it a lot the past month or so.  It certainly is the most religious of the four.  Riley and Reece really like “Instead of a Show” and “House of God Forever,” both of which are taken almost straight from the Bible.  “House of God Forever” is Psalm 23.  If I could play guitar and sing, I’d love to sing that one in front of the Church one day!

Check out his myspace page to listen to the tunes.

On that page Foreman has a blog post with the following quote in it:

Lately music has been my compass: it’s neither the map, nor the road but a steady constant that can help me make sense of the both.

Most of the time, the songs that I write are more honest than I am. Sometimes I don’t play certain songs for people because I’m not ready for that sort of honesty.

I don’t write many happy songs, at least not lately. Which is odd because I’m a fairly upbeat guy. So I’ve got a few theories as to why this might be the case

It might be because life wears down on you. And you lose that part of yourself.

Or it could be because the songs are the only place where these types of ideas can find a release- like a dream where your subconscious is trying to tell you something.

Or perhaps I don’t write songs when I’m happy. You know, a celebration requires a few friends and depression requires solitude.

Either way songs have become my way of finding beauty in the midst of chaos and the pain. It’s a way of finding redemption for mistakes and regrets that I have.

I find that incredibly interesting to me personally, as even though I am very content and happy with life, my musical taste does tend to lean towards darker and more melancholy music.  Some examples of this are Avett Brothers (though they have some very uplifting songs too, many have a twinge of sadness/longing in them); Pearl Jam; Leonard Cohen; Counting Crows; Dar Williams; Bob Dylan; etc.  I do find some very uplifting songs from Switchfoot, though, like This is Your Life, The Beautiful Moment, Dare You to Move, etc.

I’ve been thinking of starting a “Monday Music” post, and had a few albums/songs/ep’s all ready to go, when something happened this weekend that definitely needs a post, and fits in good as the 1st in this new series.

There is a small local band called the McKenzie Brothers that we have seen at Kelly’s parents favorite hang out, May Street Market.   Rick had given me their “friends and family” CD a while back, and Riley and Reece had enjoyed “Banana Pudding.”  And one time when we had seen them, they sang a new song called “The Haw River Stomp” which was great for us, because we live near that very river, and now Riley and Reece know to lift their feet and say “haaaaaaaaaaaaaaaawwwwwwwwwwww” every time we drive over it.

You can hear a couple of their songs here:

Well we went to a little party at the Rondello’s, and there was Robbie Mckenzie.  I made the mistake of telling Riley that he was the man who sang “Banana Pudding.”  Once I did that, it was over!  All she wanted was for him to sing it.  Over and over and over.  And over.  And over again.  And again.  (I think you get the idea!)

Robbie had her read pretty quickly when he said she was “high maintenance all the way!”  And he was a really good sport about it and sang that and other songs for her, and took the time to throw her into the lake several times.  He is a fun guy to be around!

Here is a picture of them together: 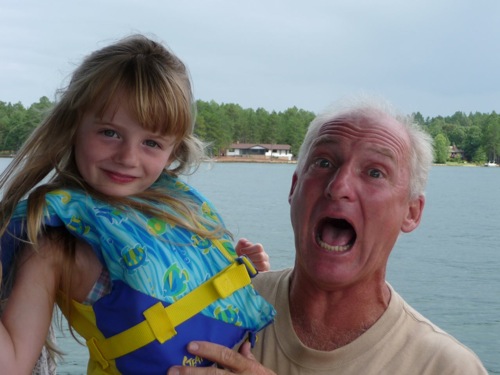 Later, Dominque and Robbie sang “Banana Pudding” for us:

And finally…  Right now, “Ob-la-di Ob-la-da” happens to be Riley’s favorite song.  So she asked Robbie “are you the man who sings ob-la-di ob-la-da?”   And he treated Riley and Reece to that as well:

Turns out they have two albums on itunes here, and one album on Amazon here.  If you like what you hear on Pure Volume, check them out on itunes or amazon!

Soon…. :-)
The view for our 35th (dating) anniversary dinner! Food was great too. 🙂 Look closely and you can see Poseidon’s Temple on the hill on the left.
Hardest BFC yet - 26% finishing rate for the 50k, 16% for the marathon, and 200 DNF - but I had my best outing there yet and finished 29th. I’ll post more photos on the blog once more have been posted.
Loading Comments...