Kelly and I went to the Music Builds tour at Walnut Creek Amphitheater with our friends Jonathan and Amanda, and we met Nikki and Paul there.  We got to see both Switchfoot and Third Day!  Unfortunately, we missed Red, Robert Randolph, and Jars of Clay, though at the end of the show, Red came out and sang with Third Day, Robert Randolph played with Third Day, Jars of Clay sang I’ll Fly Away with Third Day, and then Switchfoot came out and everyone played When Love Comes to Town, which was pretty awesome. What we saw of Robert Randolph was pretty impressive so I plan on finding some music of his on myspace or imeem or some such and giving it a listen.

We were 5th row dead center, as you can see from the photos.  Both bands put on an amazing show.  This is the 2nd time we have seen Switchfoot in the past year, and they are really worth watching live.  And I think it is the 4th or 5th time we’ve seen Third Day now.

I’m in Friends of the Foot, so after Switchfoot played, Kelly and thought we’d get to see them at the Meet and Greet, but it took longer than we expected, and when Third Day started playing, we left the line and went back to the show.  Maybe next time we see Switchfoot in concert and they are the only headliner, we will get to meet them. 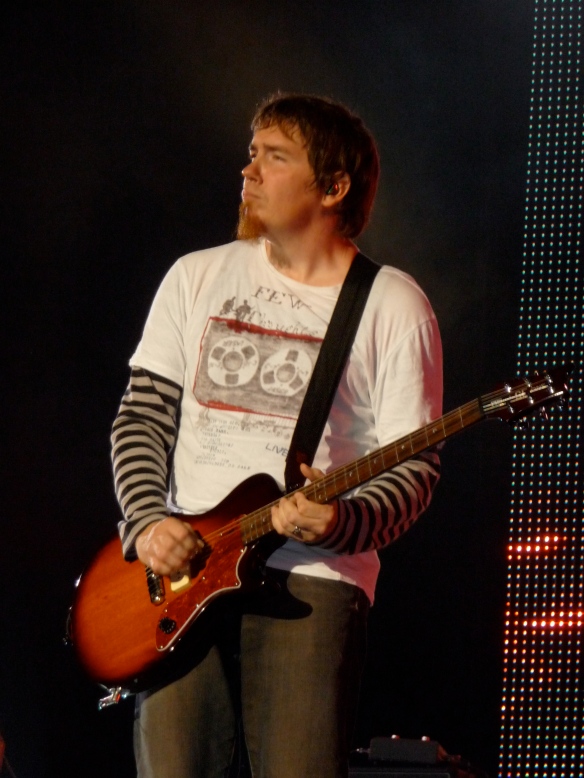 We did get to go to the meet and greet for Third Day, as Nikki went to school with Mac and Mark.  We even stayed after the meet and greet and hung out with those two for 20 – 30 minutes chatting.  They are both so down to earth and friendly, and we appreciated them hanging out after such a long day.

One thing that was funny is that Kelly was worried about wearing her Switcfoot shirt while we were talking to Third Day.  Mac said he saw her while they were playing and noticed the shirt!  I believe him because I could see him making eye contact with lots of different people in the audience. 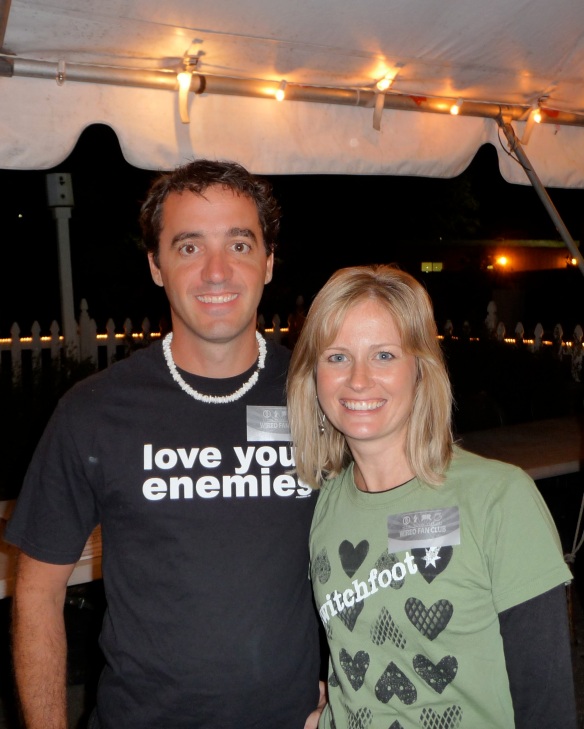 A few more pictures from last week in Colorado… We were at REI and found a bouldering rock, so Riley and I both climbed it.  She was going to climb inside, but the rock was closed.  We ended up going back on Friday since it was rainy out, and she was able to climb a little.  When she saw the boy in front of her come down on the belay so fast, she didn’t want to go, but once I had the REI guy tell her she could come down slow, she did go up about 10 – 12 feet.  She then wanted me to climb, and I made it up the 5.7 wall I had done about 10 years ago. 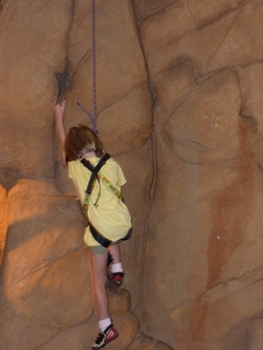 This photo is from our Appalachian Trail hike back in April.  This is an actual tree we spotted along the way.  What does it look like to you?

We went up to Seven Devils/Banner Elk, and Reece kept saying “Climb Big Mountain!” You really have to hear it in his voice and with his emphasis and accents to appreciate how emphatic he was.

Well, we did a lot of things (photos all posted here), but on the last day we finally got a hike in, and here is Reece, climbing his big mountain:

We had a great time on July 4th at my sister’s neighborhood celebration and later at Fort Bragg for fireworks.  The only disappointment was that Fort Bragg has turned into more of a party than a young children friendly event, and the fireworks didn’t start until 10 p.m.!

I will post more pictures soon to the photo gallery, but .mac is transitioning to mobleme right now and all of it is down.
Follow 2sparrows on WordPress.com

Soon…. :-)
The view for our 35th (dating) anniversary dinner! Food was great too. 🙂 Look closely and you can see Poseidon’s Temple on the hill on the left.
Hardest BFC yet - 26% finishing rate for the 50k, 16% for the marathon, and 200 DNF - but I had my best outing there yet and finished 29th. I’ll post more photos on the blog once more have been posted.
2sparrows
Blog at WordPress.com.
Loading Comments...